Mountaineering in Britain. A History from the Earliest Times to the Present Day published in 1957

Is probably the best book to cover the History of British Mountaineering and accounts of early rock climbing by pioneers such as Haskett Smith, O.G. Jones, George Leigh Mallory

The history  of Mountaineering in Britain is thought to have started when John Henry Cliffe visited Wales to fish, but in 1843 his pursuit made one of the first recorded visits to the Devil’s Kitchen above Llyn Idwal, being ‘tempted to do so by a spirit of adventure. P.19

John Tyndall hired guide (Ranger) Robert Hughes of Capel Curig for his ascent of Snowdon in 1860.

North Climb on the Pillar 1891

The Fell and Rock Climbing Club

The Collie Step, Moss Ghyll, Scafell. Taken by the Abraham brothers. The leader, A.E. Field, is on the Collie Step itself. Dr. Collier is seen belaying him from the big boulders and A.D. Godley is helping from below. British mountaineering 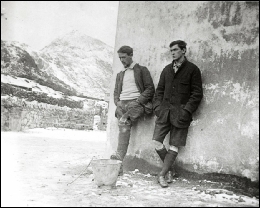 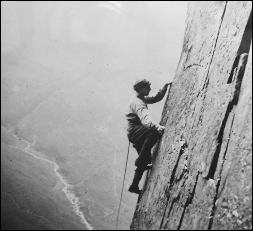 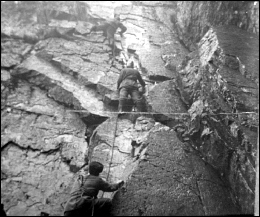 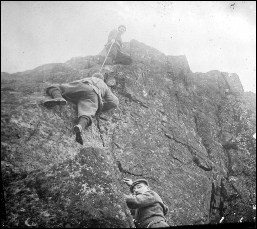 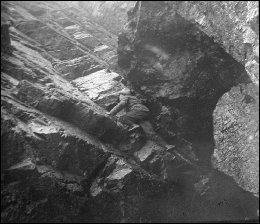 The History of British Mountaineering in pictures, briefly and still under construction. The illustrations are from original glass lantern and stereo slides chiefly taken by the Abraham brothers of Keswick.

8. One of the earliest British climbing pictures - Saddleback, Cumberland. Taken by George Abraham in 1890 showing A.P. Abraham leading and S.H. Abraham on steep rock on the south side of the ridges above Scales Tarn. British mountaineering 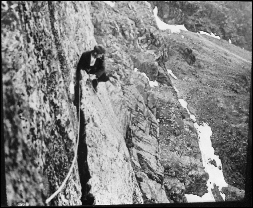 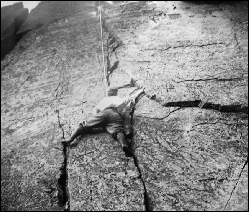 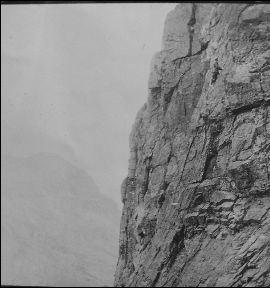 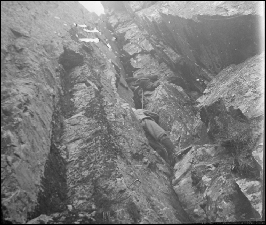